All pictures in this report kindly provided by Evan Offie.

Last Saturday I visited Héng Shān (‘Balancing Mountain’), one of ‘The Five Great Mountains‘ of China, with a small group of foreign English teachers and a Chinese student.  Wikipedia informs me that these mountains used to be visited by emperors, no doubt with many servants in attendance, and I was half expecting the slopes to be as crowded as during an imperial visit, since we went during a week of national holiday.  Fortunately our Chinese friend had timed the visit masterfully, as most people stay at home with their families during Mid-Autumn Festival weekend, visiting tourist spots later in the week.

Although only 60 miles / 100 km away, the bus took around three hours to get there, bumping along dusty little rutted country roads which at times made me miss the ‘box‘ I used to wear for school cricket matches.  As we neared our destination a profusion of roadside shops sprung up, all offering identical brightly-coloured packages, which we took to be incense for burning in the temples on the mountain. 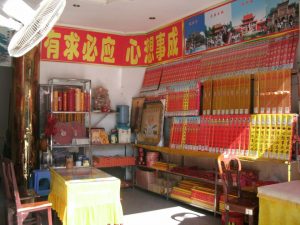 I’ll illustrate the journey up the mountain with pictures rather than words, except to note that the scenery reminded my American friend of his local Blue Ridge Mountains, but was a far cry from the splendour of my local Quantocks! 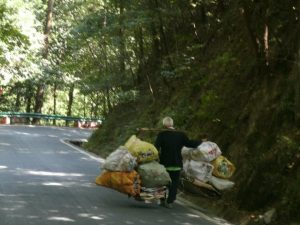 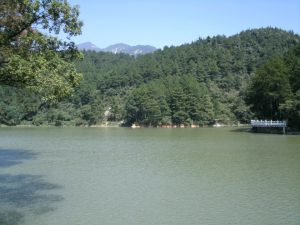 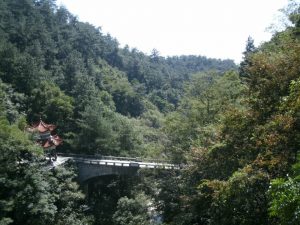 We cheated a little and did part of the journey by cable car – probably a wise choice as friends who went later in the week spent seven hours on the ascent!  Here’s the view from/at the top: 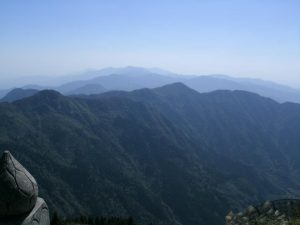 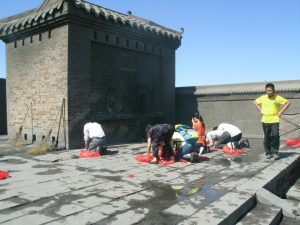 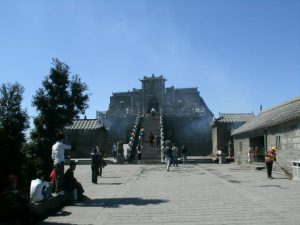 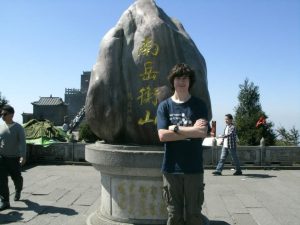 The atmosphere at the top was not quite the quiet monastic idyll I might have expected at a Buddhist temple.  The ‘incense’ I mentioned earlier turned out to be fireworks(!), which people threw into the building pictured second in the last set of photos, inside which a fire was blazing.  Consequently the summit was both smoky and noisy.

That’s all for now.  The next update will probably be about teaching.

P.S. The song ‘Country Roads‘ has been in my head ever since the visit.